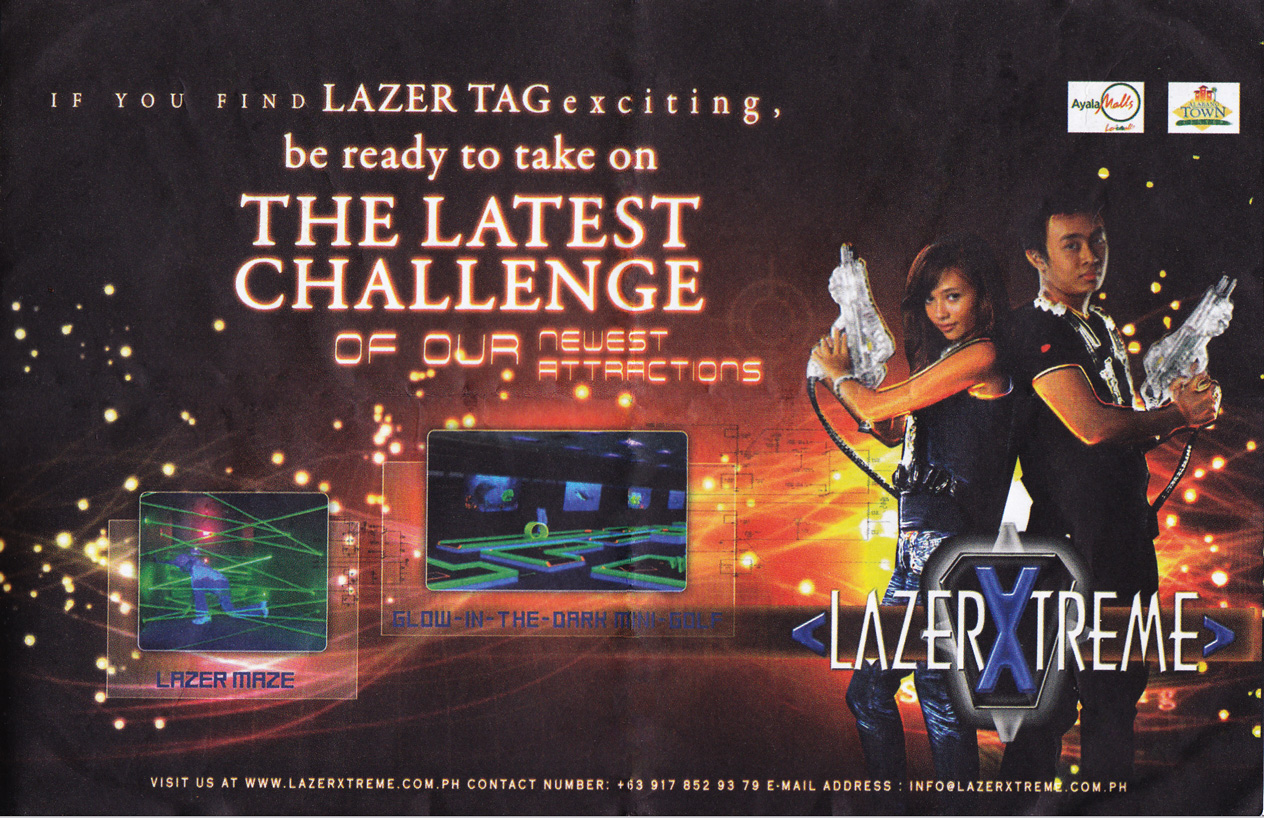 A week ago, we discovered a potentially  addicting game (besides Diablo III that I’m dying to have)—- laser tag at LazerXtreme! 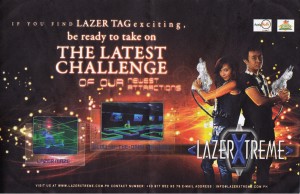 We went to their branch in Alabang Town Center because we planned to eat dinner at the infamous P.F. Chang’s (more about this in another post).

Btw, laser tag is just the more high tech and futuristic version of your paintball. But the more fun part about it is that you don’t have limited number of ammo. This means you can go trigger happy! haha (good for not-so-accurate shooters like me). Each player puts on a vest of some sort full of sensors. The scoring is dependent on which part you hit your opponent. highest point goes to the  front hit. There’s a quick tutorial on how to play before the game starts. The rate is Php 170 per person for one game of 20mins.

But of course, we got it at 50% off from a deal site, Php 180 for 2 people! They usually have  deals for LazerXtreme. Click here for great deals like this.

It was my special friend’s first time to try laser tag; it was my 2nd. This was actually my idea because it’s his “kind of thing” since he play war games before. At first, he was skeptic learning that one game is only good for 20 mins. I also had the same reaction before BUT, I’m telling you, that 20 mins of laser tag is SUPER FUN and SUPER SULIT! 😉

It was a Sunday night; not much people, so all the 4 players are against each other. At the end of the game I ranked No.2! Because another person had a higher accuracy by just1%!!! That means she got the 1st placer token/prize. Poor me..BABAWI AKO!!!! haha 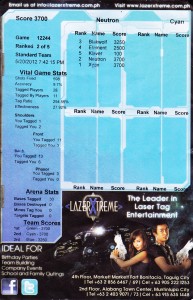 But it wasn’t me who was sulking after, my friend’s competitive persona came to light ‘coz he thought his performance was unacceptable! It’s ok, it’s a learning curve not bad for a 1st timer.haha! So I think we will definitely go back! REVENGE is SWEET! haha

LazerXtreme also has other activities such as the Laser Maze (like the ones you see in the movies) and laser golf. They have another branch in Market! Market! But we heard the ATC branch is bigger. They also allow group reservations for team building, parties, etc.

I cannot reiterate how great the experience was. It was fun + adrenaline! The deal is super sulit! If you want to try it but don’t want to spend too much, I highly recommend! Click here to see the deal.